Searching for a forever home

She's not much more than a kitten

But She's always been alone

Survival at its harshest

Sometimes a kind human hand out

Gets her through the day

But most of the time she hunts

Most of the mice they get away

If not for the rains standing water

Her thirst is constant every day

Her spirit knows only stress

She is no less a hero

Than all of the others who roam the streets

She is just one forgotten feline

Maybe death will bring her peace!

Ahhhh very nice poem, any animal lover their soul shines through instantly..this is my rescued from the hedge 1 yr ago now as a 12 week old forgotten feline, his name is 'Kiro'..a man threw this adorable kitten from a moving car into a road side bern but was caught doing it to others in town & was prosecuted,thankfully he was rescued by me as I heard him crying from across the road, & hes been given love & affection and is one of my best purrr friends... 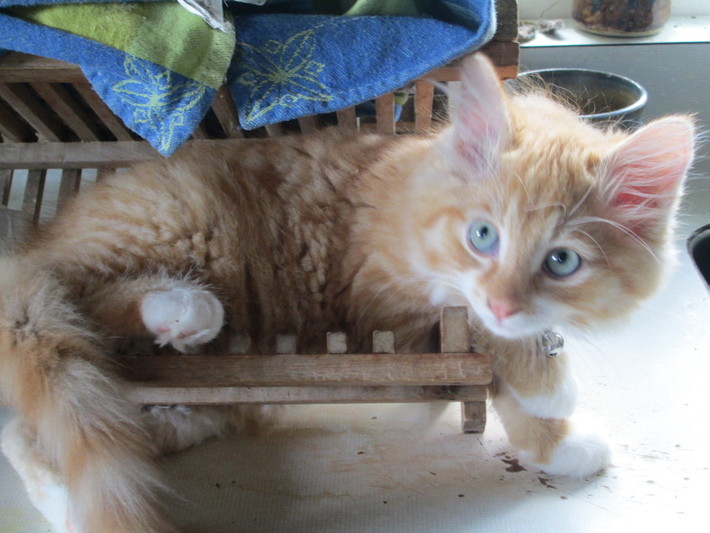 and still sleeps on the printer .. & this is brother from another mother & father adopted shelter feline.. 'Orik' which is 'Kiro' spelt backwards.. 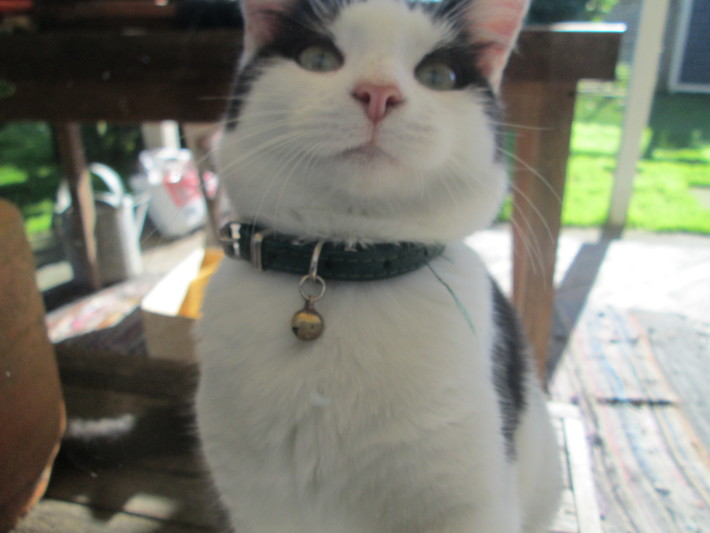 That is so weird that you rescued a cat from after being thrown from a car. Why? Because my last cat Lucky who I had for19 years was also thrown out of a car window and a personal friend rescued her from the road and begged me to take her. She was just a kitten an I already had two cats, but I just had to say yes.

She had a good long life, so the name Lucky was very appropriate.

Thanks for the pictures, your cats are beautiful. And thanks for rescuing from shelters. I will never buy a cat!!!!!

Yes Bill how cruel are some people aye..to me people like that are just demons & these poor defenseless,innocent & loving creatures get treated so badly..

Good on you too for taking Lucky in,yes a great name for her she was lucky too...

Orik however chose me at the rescue shelter not the other way around, I walked past huge cages with so many cats in them,all meowing at me, my heart was hurting & in a mess, I was so overwhelmed emotionally & totally holding back tears, anyway cut a long story short,as you know I can ramble.. I walked past a cage and right at the very back Orik was up on a high shelf, and as I walked past out of my peripheral vision I could just see him so hard trying to watch me as far as he could..by standing up on his two hind legs leaning against the wall right at the edge of the wire netting till I was out of sight & as far out on the shelf as he could go without falling off, anyway I asked the lady showing me the cats, I'm going to walk back to that cage we just passed and I'm going to walk past it again,but want you to tell me what that black n white tuxedo cats doing on the top shelf,then I want you to open the door and keep all the other cats away, she said you've seen the one havn't you, I said no hes seen me I think..I just want to confirm it, anyway I walked past and she said he hasn't taken his eyes off you,now hes walking to the other end of the shelf watching you as far as he can.. I said ok thought so and I turned around again and came back, she then opened the door and seriously the instant she did he jumped from the top shelf straight into my arms,gave me one heck of a fright but there were no claws out..

I wasn't expecting him to do that.. but he was then rubbing himself all over me purring like I was his long lost friend, I was being smothered in pure unconditional love I couldn't hold back my tears and was crying and the lady looked at me with sad tear eyes also and she said well that's a first for me too,never had that happen before so hes just got to be your new buddy now surely.. all I could do was nod my head, and walk towards the door to leave, I was blubbering so much my nose was snotty and I felt so embarrassed but I gained the best friend ever..And then he went on to nurture Kiro when he came home as Kiro he was suffering from separation anxiety and the vet thinks he wasn't weaned fully,cos all he wanted to do was suckle Orik like he was his mother,it was nice to see but sad also seeing  him so upset.. I've not ever seen boy cats nurture kittens before have you?..I mean I know a female might do it...but they are both inseparable now... I also had a dog at the time and she also nurtured Kiro as well they were all just best of friends..

sadly I've since lost my dog she passed away back in January this year,she was almost 15yrs old and went down suddenly, the vet said she had cancer, but without a MRI he couldn't tell exactly where it was and she wasnt showing him,being a Staffordshire bull terrier & they hide their pain,anyway he was arranging a MRI for the next day,but he thought it was in her kidneys & her blood cell count was extremely low plus she was full anemic yet she decided to leave me that night,I said my goodbyes before she left & she saved me the expense too.. bless her soul... ...that was the worst day of my life when she passed away, I knew she was getting old,dreading the day to be honest, but I never expected her to go so fast like that & because I felt I'd lost my only truest best friend & shadow, she was such a loving loyal dog we went every where together out on treks in the bush & even to work..& I loved her so much,I miss her terribly still & think I always will...her name was 'Lacuna'. 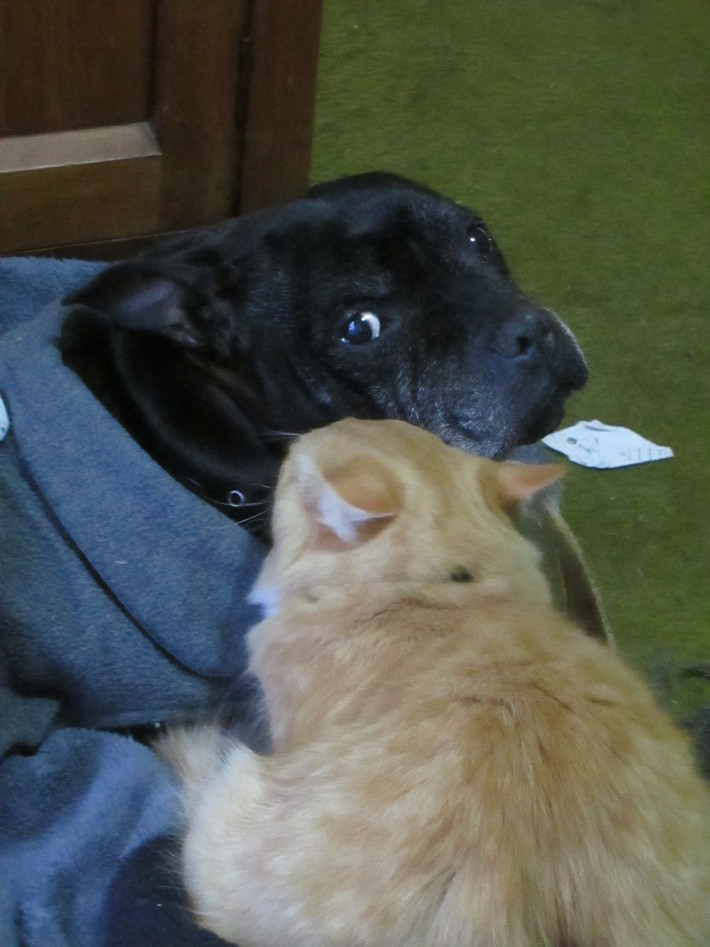 Your welcome.. glad you enjoyed the personal experiences I have with my pets..and as I've had a few pets over the years including a pet possum & a pet magpie...

Ꮙℓἇ∂ἇ ኔጡ። left a comment for Tara Pelton Popular
"Thank-you for your kind words on my profile page, I'd say if Raven had anything to do with things there certainly will be a message in there somewhere personally for you, it was either a message from beyond and or also to simply reassure you…"
Friday

Tara Pelton Popular commented on Morell Sunweaver's group If something exists, there is fun of it
"LOL"
Thursday

Tara Pelton Popular left a comment for Ari (Awkwardly Zen)
"Welcome! We love to have you here so much. For those who don’t know Awkwardly Zen is a group in meetup.com and based in USA with USA  time zones though some are at times international folk can make. Folks are awesome and zoom meets are…"
Thursday