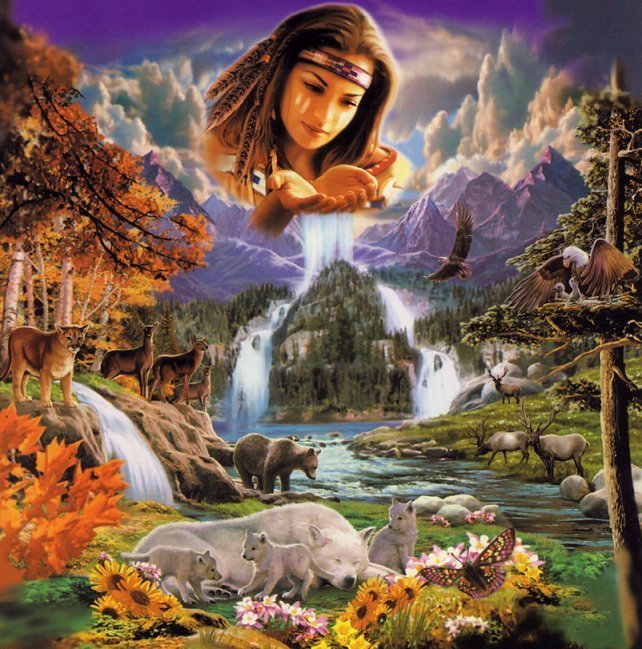 Let's All Help Manifest The New Earth By Caroline

This week’s guidance from the Ascended Masters, Galactics, Earth Elementals, Faery Elders, Angelic legions, and Archangels known as the Collective:

Greetings, friends! We are very glad to have this time to speak with you today.

Our writer [channeler] has asked that we address the fires burning in the Amazon Rainforest—what it might mean, and how the average person can help to preserve human, plant, and animal life in that region.

And we would say, that it is a shock to see so many acres of beautiful green going up in flames, so that if you feel a range of emotions—anger, sadness, or feelings of helplessness—that is understandable, and an indication of your empathy both for the people and animals who live there, and for the green plants and trees, air and soil of that region.

We would say, go beyond those emotions when you can, to a place of clarity and Peace, so that the recipient of your thoughts and feelings about that part of the world—the forest itself and all her beings—receives the reassurance and calm of your vibration, more than the density of it.

Some of what is taking place is a purification and a rebirth of old Earth energies, so that as the New Earth emerges, yes—there will be a difference in terms of where coastlands end and begin, and in terms of what forests are planted and which are brought down, and the forms of living that certain tribes and nations have sustained for thousands of years.

None of this will make sense at times. None of it will appear preferable to you, because you have been carefully trained to expect life to carry on as it always has.

So that even shifts such as children leaving for college or to live on their own, or an elderly parent being moved to an elder care facility, or certain political or social regimes shifting over time, will feel unnatural and an opportunity to feel rattled, sad, or displaced in some way.

We would say, that is understandable given the old Earth stance that things should always carry on as they have in the past. But that old perspective will no longer work now.  It cannot flow easily and happily with life as it is becoming on an increasingly fifth dimensional planet.

Now, we do not say that trees burning so that that region may be used for mining or any other destructive activity is a good or pleasant thing.

What we do say, is that those planning destruction for the sake of their own gain, or to maintain a psychological hold over a population, are planning their own demise, on one level or another.

In these times of increasingly faster manifestations in forms of higher Light the Earth has not seen for millennia, there is no planning of the old density with assured success.

Even that which occurred in September of 2001 did not go off entirely as planned by those who created the events of that day.

Rather than lowering the vibration of the planet, the entire world came together to express Love and support for those who transitioned, and for the families of those whose loved ones had moved on.

In that moment, the entire planet shifted to a higher vibration, in which Love was more easily expressed and more highly valued than it had been for millennia—and that vibration of interconnection and compassion continues to this day.

And so we look at the fires of the Amazon, a region of green and brilliant Life upon which at least some of the planet’s well-being has depended, and we see human beings more aware than ever of the precious, invaluable presence of that green luminescence which is also your own Spirit life, infused in the living beings around you.

We see you reaching out from a Spirit and soul level to comfort the indigenous peoples, animals, plants, and trees of that region, as well as its soil, air, and waterways.

And we see you determined to bring in the rains by your own visualizations, etheric commands, and all other forms of intervention your own Divinity is fully capable of enacting.

There are ways to regrow forests far more quickly than what you saw in third dimensional Earth, as there are ways to purify water, air, and soil that you have not yet tapped into in a mass movement.

Yet that is not to say that you cannot or will not reach those solutions and forms of healing for yourselves and your Earth.

We would ask, that as you pray in Angelic and other higher forms of healing and assistance, not only to stop the fires and preserve life in the region, but to protect it from further dense interference, that you visit the region etherically and move the energies of calm, Peace, and healing to that place where outwardly you may only see aggression.

We assure you, nothing is out of control on your planet that you cannot resolve in ways that bring the current forms to a higher level than they were previous to the emergency.

There are numerous ways to heal the ravages of illness, flood, contamination, or fire.

One form would be to first anchor within your own energies the Love and calm of the higher realms, calling on your higher self to enter your being as much as possible, so that there is as little space as possible between you vibrationally.

Go into the flames, in this situation, and calm them as if you were rain falling on them, or simply as flames dampened by the vibration of quiet and release.

We would say, that as the Earth releases much that has plagued Her over many, many centuries, She will indeed appear at times to be unleashing an agonizing pain or self-destructive expression that does not look to be positive or helpful to Her overall transformation.

And yet—has your own Ascension journey been so simple, so free of discomfort and rebirthing pains, that this would surprise you?

You are aware of the shock of energetic lifts that occur all at once, and the uncomfortable releases that result.

These can feel like a tearing away of what you have known for so long, and which seem to be utterly illogical, unhealthy, strange, and unplanned.

We would say, release the need for “business as usual” in Earth life, and in your own life, and with every single shocking event or ongoing situation, say, “I Am here to assist in this.”

We do not mean by this that you and your fellow Light Bearers have planned violent events or situations simply to grow from them.

Rather, you have come in at this time, to a planet in turmoil, precisely because for one, you knew She required your help and you answered that call, and for another, because you desired to remember your mastery and your Divinity—the Oneness of all Life—in the context of human passivity and victim consciousness.

Is that too great a challenge for most? For some, perhaps, but not for you.

You would not be unhappy about the developments of one situation or another if you were not here to address it with your fellow Light Beings in ways that transform it from the inside out.

And so we encourage you to take a moment right now—to call in your higher self fully and to feel the presence of him or her fully with you.

You may not feel very different physically or emotionally, and that is all right.

Call them in, and require that their presence, their mastery, and their vibrational capabilities come in to you in ways that your physical and mental/emotional aspects can integrate easily yet fully.

Then travel inwardly to those situations of unrest, suffering, or shock being felt by so many on the Earth now, and shift the resonance of those situations to a far higher level—one of Peaceful outcome, resolution, and Earth’s and humanity’s higher good.

Be willing to release all to their higher good, without demanding that all flow as only you would prefer.

Simply move the atmosphere of Peace and well-being into each situation, and require your higher self and Divine Self to revisit that area periodically, to re-instill those higher vibrations until they naturally resonate on that frequency on their own.

You may wonder whether this is the kind of intervention that is allowed, and whether it interferes with another’s free will choice.

Ask yourself, Is this my planet? Did I come here for a reason?

Did I come merely to observe, as so many are doing now in their ships surrounding the Earth?

Or am I here to fully participate, and reclaim the sovereignty and Divinity that are naturally mine, which have been denied me for so long?

That is your own question to answer, dear ones—we leave that journey to you now.

Namaste, friends! We are with you, always.

Thank you both so much for your replies and the cool video Morell.

Infinite Blessings of Divine Love, Light Peace, & Abundance to all,

T.E. Pelton left a comment for Ashelyn
"You are beautiful. To ask yourself Who Am I ? Is a wise meditation. Xoxo"
22 hours ago

Thomas Dale left a comment for Steven Hutchinson
"Thank you so much for the welcome. It is much appreciated. Blessings to you. I feel quite new still to things and am still exploring quite what it means to me. I think I will fit in here. Thank you and many blessings to you."
Monday

Thomas Dale left a comment for T.E. Pelton
"Thank you very much for the welcome. I'm looking forward to exploring the site and meeting new people. I enjoy the High Elven Wisdom and Love's channel a lot. I've not commented there much, but have watched a lot. I hope to build my…"
Monday

Thomas Dale left a comment for Morell Sunweaver
"Many thanks for the welcome. It was very nice of you."
Monday

Steven Hutchinson left a comment for Thomas Dale
"I am delighted to welcome you to Elven World. Infinite Blessings with the Highest Divine Energies of God's Love, Light, & Abundance that are Divinely Perfect for you this year, Steve"
Sunday

Lugh the shining one