hey does anyone know what elves fae look like and are anyone here fairy incarnates aswell.

I believe that I have elven past lives. Cannot much tell about look, but elves probably look something like in LOTR films.

i heard the sidhe are a fairy race from irish celtic lore do you know what the sidhe look like as race and the culture they have and do you remember pastlives as one.

Depends on which ones. There are Elven folk so called who are real other dimensionals who look pretty much like us (well, better looking) but there are also millions of other creatures invisible and visible here and elsewhere and traveling between. Some are human-like others not, hairy or green, giant or tiny waif — others still just light balls of potential and consciousness. What you feel, or see in your minds eye might be your race. But then does race matter much? It’s more just to know we belong somewhere with others who think and act like us1/how we feel, to be understood and loved. We suffer from memory and loss of cultural wisdom...it’s like we’re just dropped here with no grandma. Sucks with loneliness but then we remember oh yeah, I got people who love me! Relations in the stars or here in earth or other dimensions or in animals. Hmmmm. Consciousness comes in many forms it’s so freaking wonderful. Love ❤️

I know what the Fae look like well maybe they are moreso called by many as Gnomes & Dwarves, or Marsh Imps as they make contact with me when I'm out in the woods on my treks, I took a photo of them a few years back,[see below] they are hard to get pictures of actually, as they blend in with the natural bush forna, well they make their cloths from dry litter,flax's etc...there was a Archer or hunter he had a bow and arrows in a pouch on his back, and there was a Wizard Scorcerer type looking guy as well,and a few Dryads & Oreides up in the trees too moving around..I've also seen elemental's or nature fairies,they are unlike the normal fairy which is tiny humanoid with wings disguised in balls of light these are natures natural wonders who mimic them...

So yeah I have been in contact with many things out in the wilderness..

Here's my photo of wood Elfs?  Pixies?..Dryads/Oreides,Gnomes,Dwarves or Nature Imps what ever you wish to call them.. 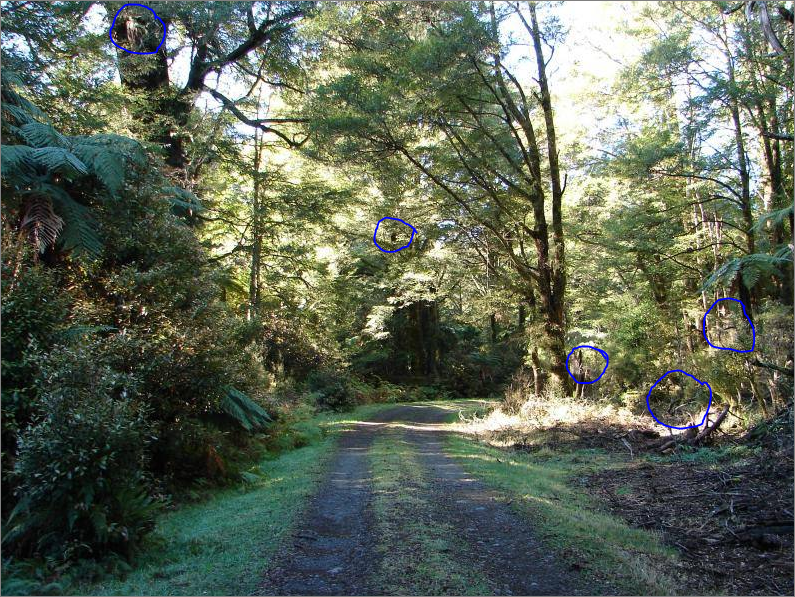 Yes they do really exist see my photo above.. I marked the things that moved,some arent distinguishable these are Dryads where as others in this image I caught are the wood Elf's or Marsh Imp's ..
'The Archer' Nature Imp [see his bow and arrow he's carrying over his shoulder and 'The Sorcerer' Nature Imp [see his long robes and his tall hat & staff or walking stick he's holding]... I've circled them both,...
Yes come to think of it they do stink to, I can only describe this putrid smell to be like that of swamp bog or rotting foliage mixed with muddy stagnant water,its yuck,makes you want to wretch,you think its just cos your in the woods,but maybe this is their defense smell to ward off animals if they get too close and scare them,or to chase them,I don't know,well they do live outside in the forests and gardens after all don't they,bound to be prey to the wild bores hawks,Possom & the like...I've witnessed them to grow up to a height of about 67cm [26inch] tall at least,rather large really tall as like a normal cat....they do move very fast though,and often you only see a flicker movement in the grass via peripheral vision and by the time you look or your eyes focus on the area they are gone,so you pass it off as just the wind or a bird or rats ,mice or a lizard  or insect scurrying off in the undergrowth or something like that even,as they camouflage themselves very well with their clothing,that can kinda looks like flax or grasses woven together,and they use twigs n branches,sheep hair like made into a felt material..,plus lichen,& dried moss's etc,kinda like a bird would use to make its nest with...plus it matches in so well naturally so they can hide in the undergrowth & surrounding woodlands.. 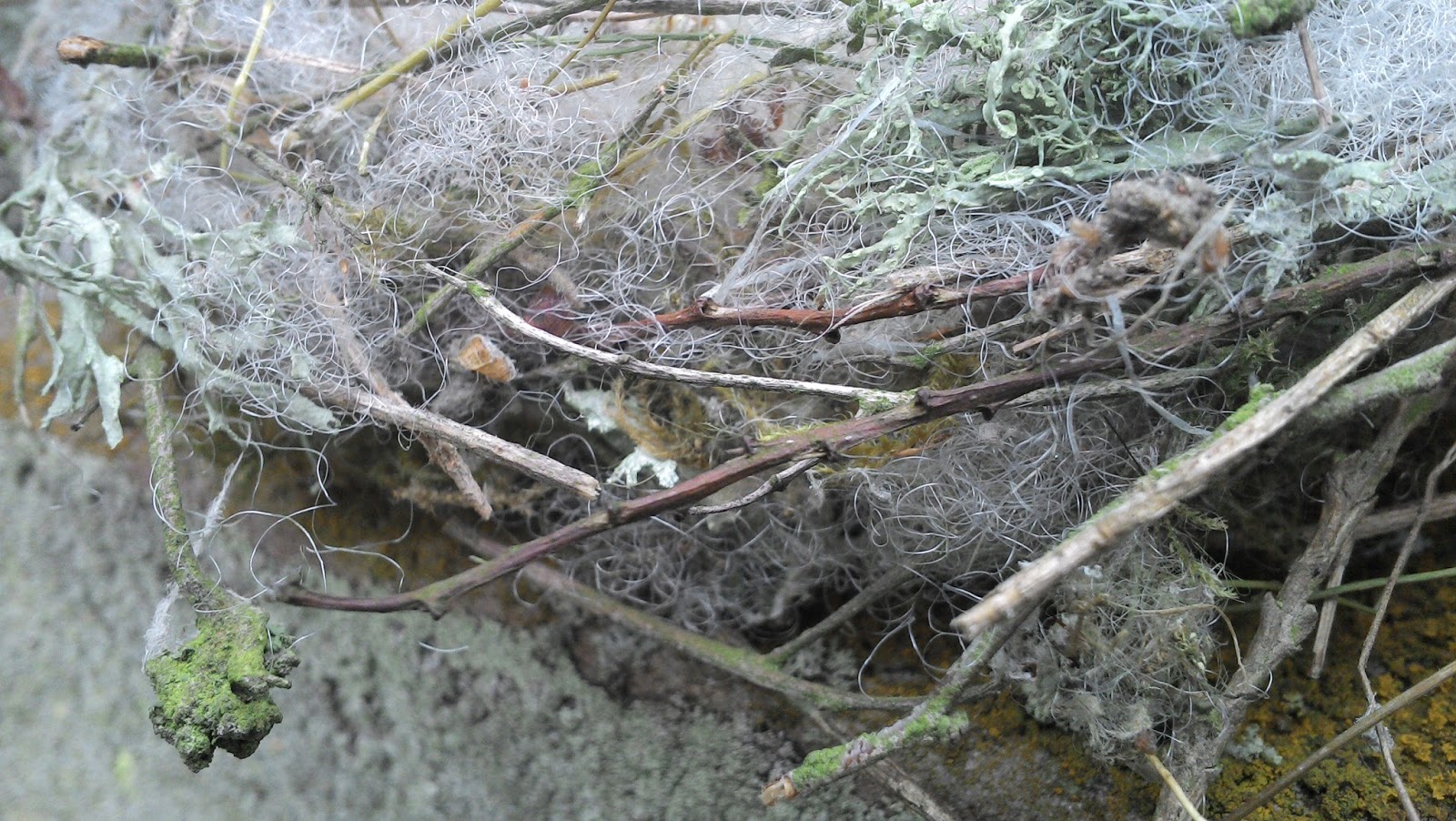 nut they are for real folks, no tall tales here they are living beings much like the elf,pixies,Fae,Imp's or even possibly small alien type dimensional entities?..IDK you decide yourself..

Steven Hutchinson left a comment for JB
"I am delighted to welcome you to Elven World. Infinite Blessings with the Highest Divine Energies of your Soul's Love, Enlightenment, Healing, Violet Flame Blessings, & Blessings of your Soul's Peace, Joy, & Abundance that are…"
Saturday

I was having fun, while blowing some steam...
Saturday
0 Comments 0 Likes

Morell Sunweaver left a comment for JB
"Welcome among the elves!"
Saturday

JB is now a member of Elven World: Return of The Tuatha de Danann
Saturday
Welcome Them!

"Thank you this is so beautiful "
Thursday

"Greetings to you all Elven-Fae beings. Thank you for making me feel welcome. :) "
Wednesday

Steven Hutchinson left a comment for Marilyn
"I am delighted to welcome you to Elven World. Infinite Blessings with the Highest Divine Energies of your Soul's Love, Enlightenment, Healing, Violet Flame Blessings, & Blessings of your Soul's Peace, Joy, & Abundance that are…"
Wednesday

Steven Hutchinson replied to Steven Hutchinson's discussion Freedom Flame Transmission in the group Messages from Angels and Ascended Masters
"Thanks so much for your reply Tara, and may the Great Spirit shine brightly in everyone's heart."
Wednesday