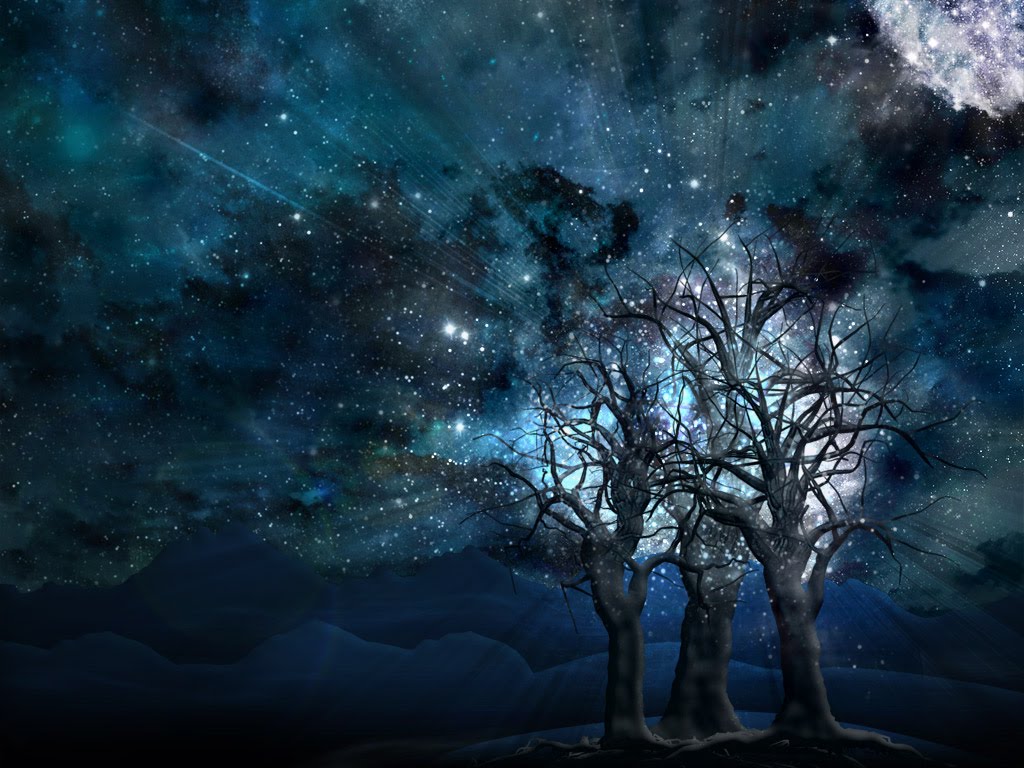 a namesake of simply being..

As for beliefs from various religions, because I dont follow or are infused by any religion nor belief system and are only lead by my own soul knowings and truths of my own experiences like many have spoken also, I can never find the terms to use to express my inner structure & thinking's...

So here we have 'Eclecticism' ,Ietsism  it is to me the closest 'namesake' or terminology... as my soul can & will doubt these things they all speak of in their religions as all but human manifested expressions only, they do not relate to anything other than that in my mindscape, but if people wish to believe in what others have spoken before them as tales,or false plagiarisms in old books scribbled on animal skins or reeds then that is their prerogative to do so,if they do not have thoughts of their own they may one day find themselves...  just as its my own prerogative not to be infused by others belief's on this planet that dont suit or negate to add balance within my soul.

And as I have been instructed by the Council of Universal Creations Elders from within the full essence of Mavruidia on my planet Maldek before descending here to Gaia they insured my soul would not be tainted by such things, I was activated with a type of defense mechanism..as I was told by them also Inside most all human avatar's dwells an amazing force its termed as like 'Yugen' which has abilities beyond what many have ever envisaged 'cosmic speaking'.. yet human beings forget this & thus cant comprehend they have this force and fail themselves in the process of being led by others thoughts instead....

Life itself I distinguish it differently in my knowing growing .. as my soul knows it as more to the levels of the beginning or seat of soul spark into creation via our auric light bodies into human form and not soul bodies..and for soul/spirit & full soul consciousness into an Avatar[human form].. so its just cohering via different wordings...and thus to me is really just setting out the criteria for a process of energetic spark of consciousness or spirit into soul to navigate the dimensions of universal consciousness from its birth into a body[avatar or vessel].. through its lifespan,then its death & back again as a soul spark life cycle..and I say this cos really as humans we cant fully grasp our human existence as it is beyond our own conscious comprehensions..hense we always ask the same questions of 'how do we get here' & 'what are we doing here', and 'why are we here' etc..

I have full belief moreso that the freedom to merge and coelesce into ones own self more important than any religion or belief structure on this planet,& what ever the focus of human interactions spoken or shared that present itself to me moment by moment, its the natural birthright of every human being also..& not their beliefs nor which Church they attend or what religious Gods they choose or not choose to infuse into their minds consciousness and rely on faiths, ..many people want to be shown proof of something spoken about,t his is so their soul first acknowledges it as something real and reads it or sees it for themselves..this is internally speaking too as confirmation... as intuitively it helps them to believe in it and has nothing to do with faith or any belief system its totally human & instinctual..

But that's just me & who I am,and as I speak in this process of 'just being' we have much to learn every one of us..each on our individual paths within our lifetime,choices made will determine if after our passing we get to a choice to exist in another body,since my walk-in experience back in 2008 and I was informed our memory after death is to be wiped of all but the subconscious,until we are re-incarnated, as I believe we were 'just born from babies,lived till adults & then died and that was it',...but now I know much differently from this walk-in soul perspective,to which is hard to express as its like speaking from a third party aspect...and maybe explains why I'm so mis-understood also by many in my reality..and as I question everything others speak of.. I'm often seen as a threat to their own indoctrinated belief systems & ego's.. 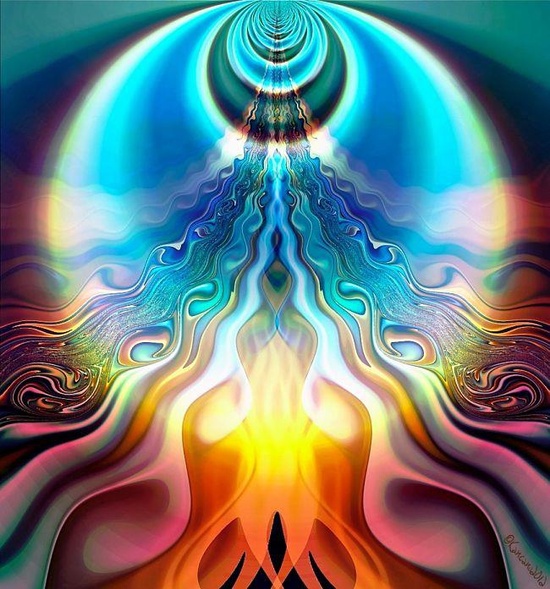 I'm sure your intuition is just as strong as mine is as it relates to your soul vibration also & your thinking process & all knowingness.. hense we as humans can beg to differ on many things very strongly because we think differently on things or believe in things totally differently.. and that's ok.. were individuals after all..

I can be swayed to believe in things more easily if I'm shown them in photo's or videos or proper articles I can see & read to determine for myself, I work on a visual aspect as part of my intuitive soul energy as well..this is just how I am..

I dont just take things people say as for gospel instantly [meaning as a fact],and that's ok also..question everything I say..and if it dosnt fit or gel with you at all then chuck it out,its not meant for your path..simple really..

when we bring the I Am into play in word formats one can sense from it just who I Am..as I speak out words as my 'Indigo spiritual soul dance.'..

I Am not defined by whom I share my life with though, I Am not defined by the label of my clothes or were I shopped to get them...or not; I Am not a object to be owned by any one's fears,lusts or hatreds; I Am not a thing to be possessed or controlled; I Am not the scars on my upper arm from my suicide attempt or the footsteps where I have gone before or after I left this planet from it; I Am not the shape of an expectation,nor the thumbscrew of a stereotype; I Am not a human name,a slang slur or slogan; I Am not the prisoner of others belief systems, I Am but a Raven guided human persona from offworlders; I Am a sovereign being with my own needs, loves, thoughts: I Am not an extension of another's perspective,or a compromise that is bought;Not a faceless figure for the comfort of 'scientific' statistics,nor the scape-goat for demonised guilt trips of social or religious hysteric delusional heretic's; I Am not an extra vote in politics,or fringe benefit extra-domestic; I Am not a body-weight, race, creed, habit or gender tick-box; I Am not my friends or relatives or networks; I Am not my actions.. though I Am a passion; yet Am I unchanging yet not set in fashion; I Am Perfectly Imperfect; I Am not a victim or a thing of pity, though I will embrace your compassion:...I Am a Raven guided Human persona, a soul in whatever form;eternal strength beyond all endure;neither nature nor nurture but synergy energy life force..

Enercia Sui Generis was a namesake in word format that can be acquired ... given to me as meaning unique energy.. it is of all that has been;no matter how perceived there will always be more than is seen;...I Am a friend if friend in deed;I may be a stranger until I am known;...what I Am is the simple truth of myself, without need of words or concepts on which to pin YOUR worth;..honest to reflect a best can be,through the distorted lenses of senses that perceive; I Am another soul just as human as you;...this truth silenced is our only hope removed.
I Am honoured to be among many souls sharing the truth of their light here on this planet, unafraid to just be & speak their minds, just as it was on my home planet Maldek..
To you all:
Pure,unconditional Love.. 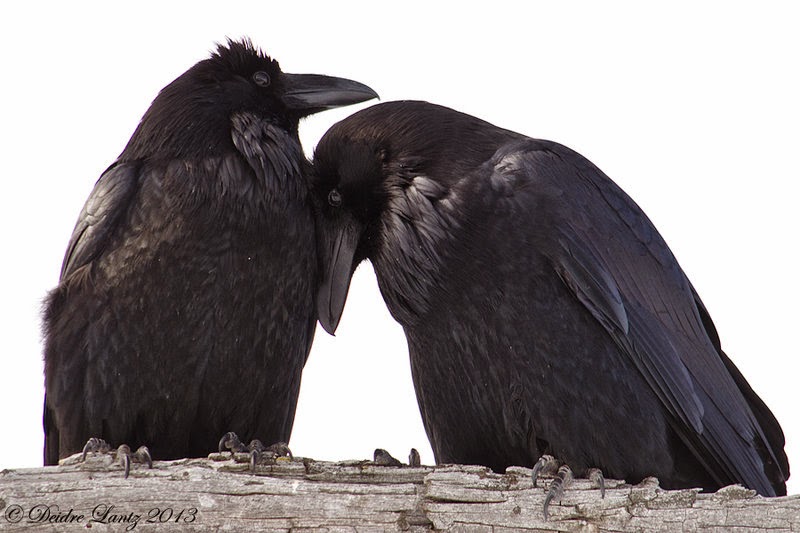 Really cool text, you have strong persona and it is very good that you don't let anyone to reprogram you.

Thank-you for your kind words Morell, yes I've been told that by many people I'm a 'warrior spirit' & 'wounded healer' all rolled into one..also grateful I didn't get indoctrinated or tainted into a religious consciousness and mindset. It certainly adds a new perspective of ones reality as I found my own heaven within.. when most here on this planet are seeking the same but from outside of themselves..

Some sensibles identify me as a warrior and I identify myself so too. We, who come from different realms and don't desire to become humans, don't have it much easy here. There's a lot of arrogance and blindness here.
But that's fine, we're here, at least I seem to be so, to experience humanity.

Oh I'm sorry Morell for such a late response to your comment, I didn't get a notification of it,Ning does that at times,and your right many different souls are here on this planet,all experiencing their own created reality and perception & perspective of their life in that reality.

Morell Sunweaver commented on Morell Sunweaver's group Art valley
"Drone in front of pyramid made of snow. I decided to try night photo of my pyramid."
Tuesday

Kaldara commented on Tanner's blog post Starseeds.net is back
"Then he apologized."
Monday

Kaldara commented on Tanner's blog post Starseeds.net is back
"Well, I'm doing well for myself so far, and I decided to show mercy to that same enemy.  I just hope it doesn't come back to bite me again.  Anyways, I reminded him that the next time he throws it in my face will be the last…"
Monday

"Greetings to you all Elven-Fae beings. Thank you for making me feel welcome. :) "
Jan 13