Story of the New Zealand Kauri

Join us on a journey of magic and explore the hidden treasures under the canopy of towering foliage. Opening our senses to nature develops our intuition. This is a trail of self-awareness through the magic of plants....a trail where your heart is the guide.

We warmly invite you to play these sacred codes in your gardens and forest! Read below of the story of the Kauri. 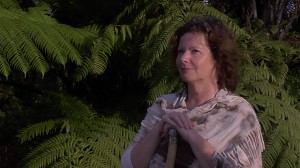 A special gathering on April 16th 2016 at ‘Rivahaven’ home of Gary and Raywyn Cook, saw the Energies building throughout the day as stories were shared and new ones created. In the spirit of Oneness, we linked our group in with the gathering at Waikaremoana with Rose Pere, amplifying the frequencies we were sending out to Papatuanuku, our Beloved Mother. Annwyn and Raeul shared the meaning and significance of their names and the sequence of events which had reawakened their innate relationship with the Elemental Kingdom, particularly to ancient trees and stones and their connection with Glastonbury, Avalon and Stonehenge.

Raeul guided us to connect deeply with all five Elements, as well as our own Body Elemental by intuitively expressing the Over-Arching Deva of each Element through Cello and imagery. Very powerful, and intriguing to discover the personality of each Deva through sound and via Raeul’s entertaining descriptions! Earth rejoiced at our gathering, Air danced a gentle warm breeze, Fire blessed us via Ra, the Sun God and Water, so abundant in the morning dew held back her gifts until the following day.

Annwyn introduced the concept and significance of ‘The Three-Fold Flame’ which is a Sacred Trinity consisting of the Angelic/Devic, Elemental and Human Kingdoms, and how the collaboration of these kingdoms was originally a fundamental aspect of living on Earth. Everybody was then attuned to the Three-Fold Flame so as to embody the frequencies of Divine Love (Angelic/Devic Kingdom), Divine Wisdom (Elemental Kingdom), and Divine Power (Human Kingdom) in their Sacred Higher Heart Chamber.

After a sumptuous alfresco lunch, we further enjoyed warm sunshine as we sat/lay on cushions in the garden listening to Gary Cook describe his journey into being at One with the Plant Kingdom and the many expressions of the Elementals and the shrouded Dimensions. His knowledge and innate wisdom intertwined with personal adventures captivated, as did the song of the Kawakawa plant expressed through his electronic device. Another layer of song was added when first Phoebe on cello and then Raeul, played an impromptu duet with the Kawakawa plant, delighting us all. We noticed the response of Kawakawa as Raeul established rapport through Sound. Meanwhile the trees in the grove seemed to hold their breath at first, not one leaf stirred…then a great rush of Energy rippled through as branches began to wave and flutter in a dance of excitement at what was taking place below them. A magical moment for all three kingdoms present!

For Raeul and me the highlight was gathering our group in Sacred Circle in the late afternoon sun to describe our Kauri journey together. This had begun in January 2014 when visiting Tane Mahuta to play cello and sing to this ancient one as a gesture of our love and gratitude, and a series of Kauri-related adventures had followed. We shared the experience at Kauri Cascades in the Waitakeres and how through a Shamanic journey within an ancient Kauri, the purpose to this was revealed, having been shown the stagnant energy causing the endemic malaise of young Kauri. We were later asked to receive, anchor and embody Sacred Sound Codes of the Etheric Template (original blue-print) from a Sacred Singing Kauri Tree near Kawhia, still holding the perfected pattern, and to disperse this to all Kauri throughout New Zealand to mitigate and even halt the disease afflicting young Kauri, known as ‘die-back’.

Gary shared the understanding of some Maori elders that die-back is the physical expression of apathy due to loss of identity and purpose of young Kauri, as a result of the slaying of their wisdom-keepers, the ancient Kauri. Driven by greed, the milling of Kauri left a nursery of baby trees without the guidance of elders; in the same way that the social experiment of the nuclear family has also stripped away inter-generational support from most of humanity. It is time to return a voice to all wisdom-keepers, and for Kauri to stand strongly among those Keepers of sacred codes and wisdom.

We know Kauri to be channels and conduits of the Golden Age Energies and of the frequencies that underpin the Law of Oneness which our planet and all who dwell here will once again hold as their truth, and as their preferred reality. The up-taking of their role is pivotal for the young Kauri’s journey back to full health and vigor. Although we must allow them their own journey, we can assist them to reclaim their power and roles once more through the trinity of the Three-Fold Flame which invites cooperation and support in the spirit of Oneness.

A map of New Zealand was chalked onto a large slab of rock which stood conveniently in the centre of our scared circle and in the middle of a large ley line. Invoking Tane (God of all forests), Archangel Metatron, the Arcturians (master -healers of our galaxy) Kauri Devas and Atua, Pan, the Angelic and Elemental Kingdoms, plus many other Beings of Light we set the intention that all Kauri throughout New Zealand receive the sacred sounds codes to return their etheric template to the original blueprint patterns of sound and light, to bring forth healing. Placing a heart-shaped Pounamu (which had received the sacred Kauri codes) on the stone ‘altar’ we asked Air to disperse the codes in the four directions of the wind. Sharon informed us that we were right in the midst of the two-week period when Kauri dispersed their seed and we laughed as we realised the reason our event had been delayed three weeks until this date!

Finally, our last task of the day was to connect in to the very magical New Earth as it exists in a higher dimension, and to pull this matrix down through to our dimension. Again we used Sacred Sounds and the stone altar to anchor these frequencies. Raeul saw the energetic template of this descending onto the map of New Zealand drawn on the slab, anchoring onto New Zealand and then wrapping around the entire planet.

The following day, Sunday saw almost the entire country awash with heavy, purifying rainfall!  To complete our journey with Kauri Raeul and I placed the Pounamu Heart on a large Kauri Tree in the Waitakeres. With rain falling freely our hearts swelled with joy as jubilant light language from the trees was expressed through us. Then, remembering the connection between Kauri and Sperm Whales, Annwyn tuned in to these ancient sea-dwellers and was delighted by the powerful sounds that came through…was it the Whales?

Looking at this event from an Energetic perspective

These beautiful little gels of Light, little prisms of Light, are not made from water, that’s just an image to give to you. It has been a very beautiful healing. It is still in a process of integration because the vibrations are learning how to be compatible with the Earth and the Spiritual energies, in the form of a physical, tangible reality.

On the terms of Energetics, Spiritual and Heart, they are very bright and beautiful. Like little diamonds and silvery-white blue; and the tree is singing! (Annwyn’s note- this refers to the Singing Kauri Tree in Kawhia the sacred sound codes were received from).

You can broadcast the sounds out to a wider area because the trees are communing with each other and singing to each other. It’s very, very beautiful and they are very, very grateful and appreciative for your work. They appreciate being seen, being known for what they are and what their purpose it, and not to just see them as trees. They have huge work to do and many have been lost in your country (NZ).

As I look further into the Energy I see a link to the Amazon rain forest, the grief of the destruction there. Don’t underestimate the power of the Love of the transmission of this Energy because as this becomes stronger and stronger this disarms the predators of the forest (man) and brings a deeper awareness and deeper respect in people’s understanding, because when people look at these situations they often feel its outside of their control or they don’t have any involvement in it. Yet they very often don’t consider when they are buying furniture, especially outdoor furniture where it actually comes from.

Even in New Zealand there is wood being imported from some of the forests of Sumatra which is having an effect there. So, in this singing, this doesn’t just bring a Love and a Peace to theses trees, but it also sends a message out to those who are involved in the distribution of  the trees and the business of the trees. And a thought that then becomes a consciousness begins to grow, as research and sustainability becomes more conscience-driven rather than money-driven. (Much wider reaching than we ever would have thought-Annwyn). Absolutely! It is beautiful work!”

Added note; A few days after the above information was received from Almora I read this in a book I had just been gifted called ‘Telos Volume 3, The Protocols of the Fifth Dimension’ by Aurelia Louise Jones. ” One cannot create in the physical world without the physical process of crystallisation. Crystals, and the process through which a physical crystal is formed, unite both the higher and lower aspects of the Divine. It represents in that moment of inception a union between the Divine and the Elementals that reside in the Earth. It also represents a downloading of information, as each crystal represents a storehouse for particilar energies and experiences.”

I immediately thought of the description above from Almora, of the integration process the trees were undergoing; a crystalline process of integration between the Divine and the Elementals of the trees!

Thomas Dale left a comment for Steven Hutchinson
"Thank you so much for the welcome. It is much appreciated. Blessings to you. I feel quite new still to things and am still exploring quite what it means to me. I think I will fit in here. Thank you and many blessings to you."
Monday

Thomas Dale left a comment for T.E. Pelton
"Thank you very much for the welcome. I'm looking forward to exploring the site and meeting new people. I enjoy the High Elven Wisdom and Love's channel a lot. I've not commented there much, but have watched a lot. I hope to build my…"
Monday

Thomas Dale left a comment for Morell Sunweaver
"Many thanks for the welcome. It was very nice of you."
Monday

Steven Hutchinson left a comment for Thomas Dale
"I am delighted to welcome you to Elven World. Infinite Blessings with the Highest Divine Energies of God's Love, Light, & Abundance that are Divinely Perfect for you this year, Steve"
Sunday

Lugh the shining one