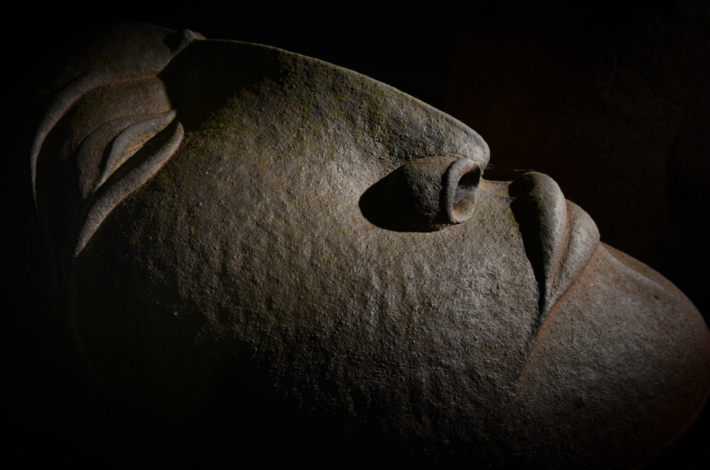 A longtime resident of the Coromandel region,& lives on the outskirts of Paeroa Michael is an environmental advocate that uses ceramic sculpture to tell the story of the local ecology.

His role as artist, story teller and spiritual seeker has been spurred on in defiance of multinational mining corporations that are working in the region.

In a interview we talk about the influence of Barry Brickell, creativity as an antidote to depression, and Maori spiritual beliefs about water. To see images of Michael’s studio and work search Tarariki Pottery on www.artzentao.co.nz.

Michael O’Donnell is one of those rare characters able to move from the world of nature and primordial language of ecology, to be in the classroom for children, university students, concert rooms or galleries where his exhibitions tell story from the ordinary (to the extraordinary). He is a clay worker, vessel maker, sculptor, storyteller.

His curriculum vitae is testament to the diversity of his work and the commitment he makes to live that which he talks.

Born in Hamilton in 1952 of Irish Anglosaxon descent, his work has long been supported by his Elders and most recently his installation at the Waikato Museum called ‘My Reply’ is a tribute to his journey back into his cultural inheritances.

In 2012 he travelled to Ireland to be a part of a collaboration of Maori and Irish performers called ‘Green Fire Island’. 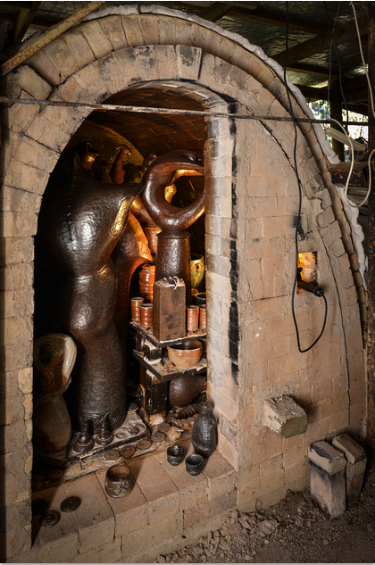 He has a deep belief in experiential learning, workshoping young people and community into a sense of identity and belonging. He resides not in the urban zone, but in the mountains and forests of Coromandel Hauraki beside his beloved stream Taraariki, which he acknowledges as his teacher
for the past 40 years. Some know Michael as the ‘Waterman’. He has carried his clay water jars containing the waters of life to numerous parts of the world.

He most recently appeared in the film documentary ‘The Water Whisperers’. 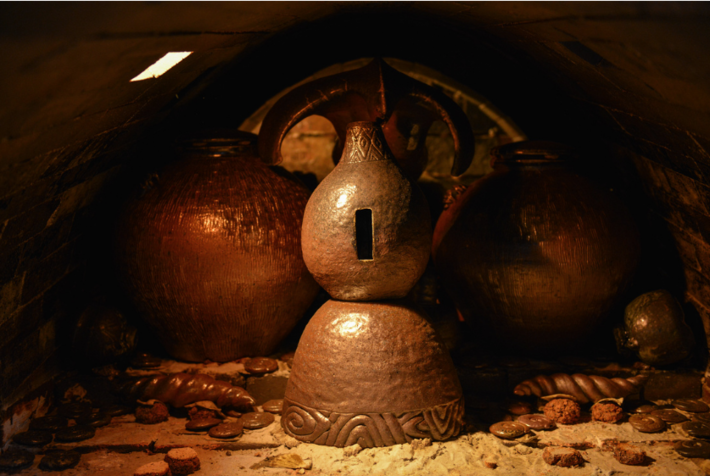 Tena Koe…Of Irish, Anglo Saxon, Tutonic Jewish, African tribal
extractions…yes Essentially I am a mongrel. I am a Human,… Being Water.
Waikato is my birth river, Taku Awa.
Kirikiriroa, Hamilton my beginning, Taku Whenua.
I am a white man, birthed of this land, father, grandfather friend.
I am a clay worker by trade, a vessel maker, a lover of the earth, a
gardener, a cook.
Some of you will know me as the Water Man. Essentially I unblock drains
for the water to flow. While these words come through my heart, they have
flowed through the hearts and minds of many before me. My wife Julienne,
now deceased, the main disturbing character.

No reira….
I am a Water Carrier.
My name is Michael, I am the Son of Brian and Marie O’
Donnell.
I am in my 61st year of appearance. 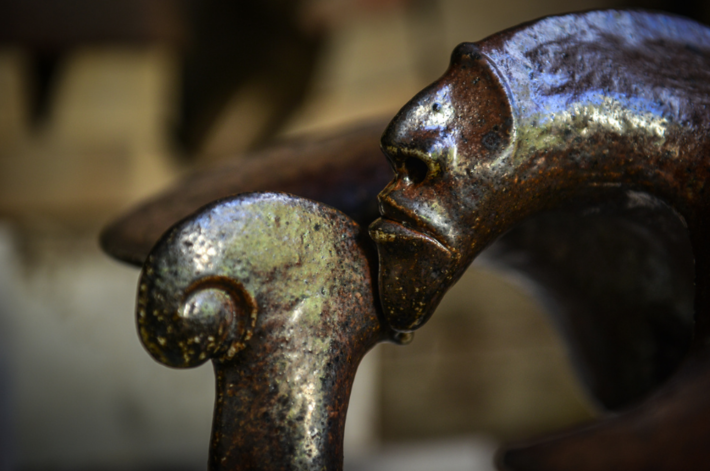 Watching this video Mike put me right back there - I can smell the tea as we chat about the Mauri of Tarariki.

Ta - the holographic Imprint of Source Creator in all creation as above so below.

Rā - from Tamanui-Te-rā the source of life and light grounded here by Papatūānuku she who is the rainbow bridge between the divine and the terrestrial.

Ta-Rā-Ariki - Te Rā Āriki - the days of remembering our one-ness for such is the duality in the multiplicity of our unity flowing from life to death to life to death to life again as we hold true to our star born origins in mata-āriki whose memory teaches us from the star names we were water planet planters.

Two sisters who remind us of our cosmological ecology Mahi on these planets Tupu-a-rangi and Tupu-a-nuku who remind us of growth from water and the youngest sister Te-Uru-Rangi who is the as yet unmanifested awakening of our truth here on this world that we are the living spark seed planters - and their great star mother Mata-Ariki she who is the original earth mother of countless āriki planets across countless water worlds of the immeasurable house of Io. Truly we live in Te Rā Āriki ...

Incidentally Tara is the portal of life as the vaginal gateway of transition from Te Pō of the Whare tāngata into Te Aomārama via the evolutionary transition of Te Whei/Whai Ao through which our two genealogical waters "Wai Rua" flow into Aro Hā from Aro hā.

Blessings Mike always in all ways. 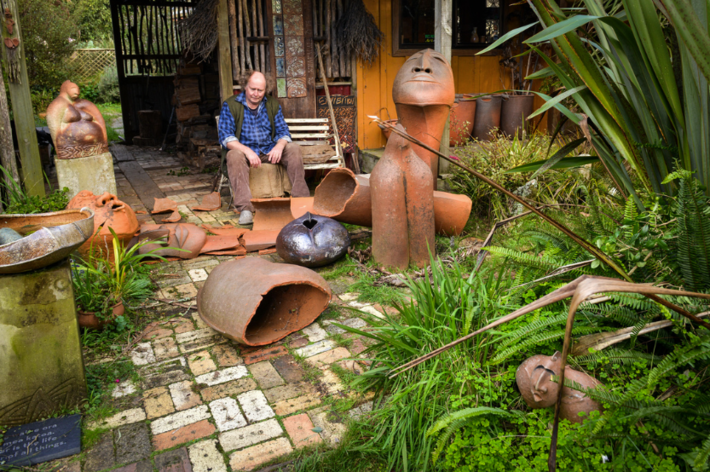 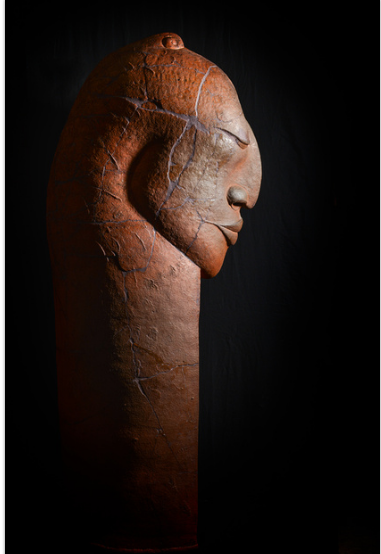 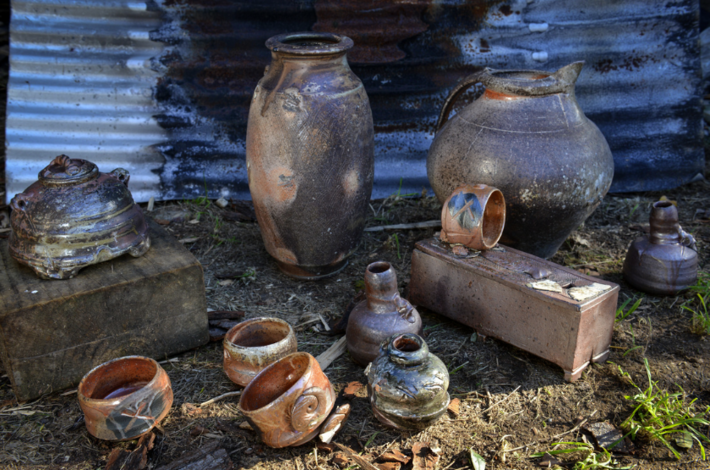 Hey Red Clay Rambler fans, I need your help to keep this show on the air. We need 10 new patrons to reach our monthly fundraising goal. Visit www.patreon.com/redclayrambler to pledge your support and become a sustaining member. We have a batch of rewards to offer including the new Vintage Radio shirt, handmade pots, posters and much more. Visit www.patreon.com/redclayrambler to sign up today.

Michael O'Donnell Artist sculpts and creates amazing pottery. He is also an activist that has helped to win preservation rights for water in New Zealand. He is a beautiful orator and carries a vital message.

If you are able to bear with me, consider yourself as a molecule of astral rain coming back into land from a considerable period of time away, to once again remind your self into the memory of the Earth’s waters. A sense of the mother waters and the father waters making love, from which we are conceived.

I use the word Amazing several times, I make no apology, it being a word the Children use all the time. I have left much pause for reflection, consideration and respect.

This is an oral dissertation, also known as The Song of the Fish People, originally presented in the Waikato Museum, Hamilton, New Zealand, as an installation of clay sculpture and voice.

The music, chanting, and voice over, follow the meandering sounds of a small stream called Taraariki, from the source to the stream to the river to the sea.

You will hear an ancient stone crypt opening, that is the sound of my gut, the gut of the fish people, talking. I am standing on the foreshore, replying to the challenge. Imagine yourself within the reply, to steep into the sounds, breathe into the gut, and know you are not alone. 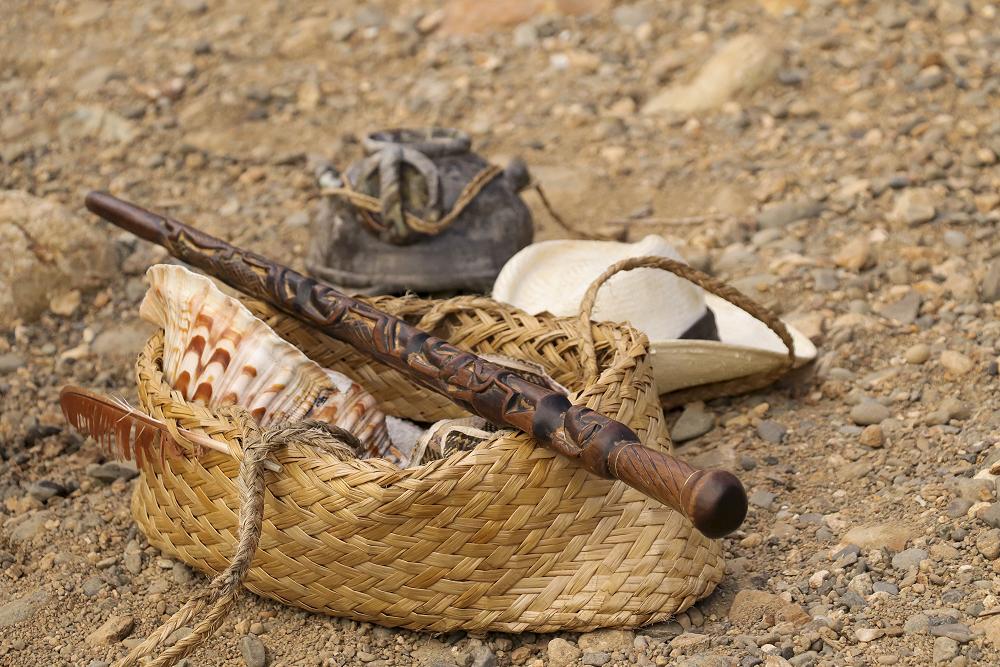 Your welcome just hit the link to part two at the bottom to meet others from NZ on the same journey..

I can hardly wait to dive into this thank u