Any advice on this wold be great :)

So here is the problem (highlight Spoiler = "I think too much") I have been working on a project for over a year.

The same project I'm on about all the time with the musicial and the art work I'm doing for the songs. WELL.

That has come to fruit it looks like...or starting to bloom if you will.

A gallery is willing to advertise in 35 publications…

Here is some Art work for the song Easier to Break from Benjamin Stecker Band.… 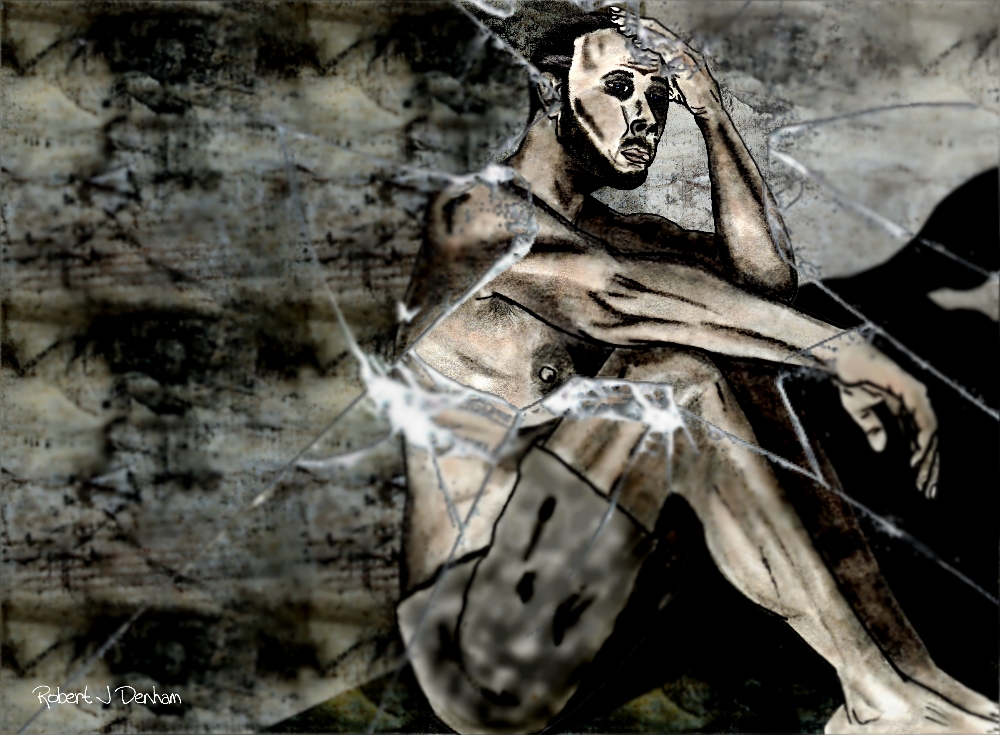 Granted, one of the strangest songs I've heard from Bjork, but the message is clear.

I think it would be interesting to create a new Elven flag.

My family use to bring out the elven flag, and the Queen use to come visit it once a year, but for some reason no longer does it. Sure the flag looked old and tattered, and probably a new one should of been made,…

The SpiralDance radio show has invited me to do a live radio interview for the book Wind in the Attic. It will be at 8PM and cast live. I invite you all to come have a listen. The interview will last about 20 minutes or so, so get there at the start of the show.

Social evolutionism and Restoration of the Tuatha de Danann Kingdom

Page 67 of the second edition of Wind in the Attic, By Robert J Denham.

"Social evolutionism is the socially, mentally, emotionally, and or spiritually evolving development, degradation, or derogation of people, places and things"

So what does that really meen?

Let's take a quick look at the wording shall we?…

My book was featured at Bookweaver.com

It's also listed in the…

Stories, Myths and Legends about the Tuatha De Danann

Stories, Myths and Legends about the Tuatha Dé Danann…

Just something to ponder over...

There is a stillness that has come over the world, do you feel it? I do.

There is the everyday happenings we see on the news, the typical behaviours and patterns of things and people, but over all it has slowed to a level of almost a stillness.

What does that tell you - why is there a stillness?

How to protect your work. License it!

It is a little important to copy right your creative works under a creative commons attribution when posting your artwork, blogs, music on the internet or anything else that you have created.

With a Creative Commons license, you keep your copyright but allow people to copy and distribute your work provided they…

The Gods of war will bring much destruction to the nations because they supplied the knowledge of how to do so, not because they wished so. The nations themselves will bring much pain and suffering upon each other as well. What is not spoken of, what is not prophesized about is what is to come after this so called Armageddon. This is where the new light will rain down upon us all, this is…

The dream we were all weeping.

forgive me for being so earthly.

forgive me for being so cold.

forgive me for ignoring you.

forgive me for thinking you are not strong.

Negitivity is leeking out of facebook and right into my soul!

Ok first -sorry about the spelling LOL...but lets just get over it and into what I have to say :)

So, I've found an increasingly large amount of negitive energy creeping up on me. I keep trying to push it away. I find alot of it is actually directed at facebook and some of - not all of - its users. The city I live in posts junk about new roads and whathave you..bla bla bla..so I type in crap like "Ya that's great, but what about the flouride in the water and the chlorine? You…

I have been asked by the Canadian Feed The Children humanitarian organization to donate some of my stone carvings to a donor appreciation and fundraising event at the Bata Shoe Museum being held in June.
They have offered to recognize the contribution by showcasing my items, business cards,and name in their publications and speech, as well as their webpage. It sounds like a good oportunity to spred my name around… Continue

Would any of you like to list your name or email address you use on facebook? I thought it would be a great idea for the people here to connect on facebook as well.

The Email I use on facebook is different than this one - I have 4 email acounts for various reasons.

I Just published my second book entitled "A little Poetry -book one. By Robert J Denham".
Check it out at http://www.lulu.com/content/lulustudio-photo-book/a-little-poetry/7716416 There is a preview of the book, and I think you can read one or two of the poems in that preview.

It's a collection of really cool photo I took while on a walk, along with some funny, sad, and poetic… Continue

So I added some free downloads to my page...
a tool bar which is awsome!!
a complete set of tarot cards 78 -printable version...
If you have XP check out the samclean link on my page as well..well worth the effort if you ask me..

so ya, check out the free dowloads if you like :)
http://www.rjdenham.webs.com

So I finished the CD cover for Ben Stecker band.
Actually, I finished the art work years ago, he picked from some older art work I did years ago. He said it felt right, so who am I to complain :)

Here is what the Album looks like.
I did the cover art and graphic design for this album and am suppose to do the album cover for the next one. Each song will have art work that acompanys each song. So all in all it should be 10 to 12 paintings and cover art plus design… Continue

So I've not been around much, not here, or facebook, or really any site.
I've been busy with the move..and setting up the new house. Yes I've done most of it myself :)
We started a Flea market booth at the local Farmers market (trails end farmers market in London ontario),
So that has kept up busy. I ran it the first day, but got a really weird vibe of the people next to us, they are really a bunch of dicks. With that said, we moved our booth, and now the wife runs it, and I do… Continue

I've deleted my Twitter account because the site does not work for me.
People keep trying to add me and they can't, I get the message in my inbox and when I click on it it says"

Sorry, you can't access this in the way you've tried.
If you think this is an error, you can try getting help or contacting support.

I have several Dream Canoes for sale!

They seem to be a big hit in alot of communities and I'm having trouble keeping up with the demand for them. I have sold many on Ebay, and esty sites. As well as through the enchantedpeddler.com, not to mention my own web site. I have passed a few through the local flea market and occult store here in London, and would like to offer what stock I have left from this last run of selling… Continue

Tara Pelton replied to Tara Pelton's discussion My mother is passing
"This is so beautiful, perfect, thank you, a true friend to me."
16 hours ago

Morell Sunweaver replied to Tara Pelton's discussion My mother is passing
"Lucky her... But litting a candle is good in almost any tradition I believe."
Wednesday

My mother is passing. She is shaman, musician, black Irish. In the world of her recent life, most of this is unknown to her friends and family except me. I would like to honor her in Celtic tradition. Could you please post any advice. Love to all.See More
Wednesday
4 Comments 0 Likes

Solar Rays Of The Beginning By Natalie Glasson &Helios & VestaGreetings, we are Helios and Vesta. We are one soul and yet we express ourselves as a masculine energy and a feminine energy. We are the overseers of the Solar Level of the…See More
Wednesday
0 Comments 0 Likes