This is a group for us oddballs who...are Atheists...but who are 'spiritual' and deal in 'woo'...yet, we're not quite pagans either.

The 'Atheistic Ietsist' label is one I came up with because ...well, it's simply the best that describes me and perhaps you're one too.

This is not a group for Naturalistic Pagans - or Atheopagans that identify as such.  It is for those of us who are 'without gods/goddesses' [Atheist], but who deal in spirituality and have had spiritual experiences.

Welcome to the group.

Ietsism (Dutch: ietsisme (pronounced [itsˈɪsmə]) – "somethingism") is an unspecified belief in an undetermined transcendent force. It is a Dutch term for a range of beliefs held by people who, on the one hand, inwardly suspect – or indeed believe – that "there must be something undefined beyond the material and that which can be known” than we know about, but on the other hand do not necessarily accept or subscribe to the established belief system, dogma or view of the nature of a Deity offered by any particular religion. Some of the English language equivalent terms are agnostic theism, eclecticism and spiritual but not religious. Ietsists might call themselves Christian or followers of an other religion based on cultural identification with that religion, without believing in the dogmas of that particular religion. In terms of statistics this might influence outcomes when people are asked about their religion or beliefs without more in-depth interviewing.

The name derives from the Dutch equivalent of the question: "Do you believe in the conventional 'Christian' God?", a typical 'ietsist' answer being "No, but there must be something", "something" being "iets" in Dutch.

Within ietsism beliefs are very diverse but all have in common that they are not classifiable under a traditional religion. Often concepts from different religions, folk beliefs or ideologies are combined, but the ietsist does not feel he/she belongs to or believes in the dogmas of any particular religion. There is usually not a personal god who actively intervenes in the believer's life and an ietsist can be an atheist at the same time. Some ietsists believe in an undetermined higher power or one of more specific theistic entities, others only in spiritual energies, souls or some form of afterlife. Ietsism often coincides with a belief in pseudoscience or paranormal phenomena such as acupuncture, angels, animistic deities and creatures, astrology, aura reading, chakras, clairvoyance, deities, elves, energy medicine, esoteric energy, ghosts, healing gemstones, homeopathy, karma or osteopathy.

Ietsism also shares many attributes with similar viewpoints such as Deism and the so-called 'God of the Gaps', whose origins lie more in questions about the nature and origin of the physical universe. It could be said that ietsism is 'Deism for the spiritually-inclined'.[4]

As the ietsist will not have found any of the 'pre-packaged' gods offered by traditional religions satisfactory, each ietsist's conception of spirituality will be different. This can range from the Judeo/Christian/Islamic concept of God as a force / intelligence that exists outside the world, to a position similar to the Buddhist "world view", with collective spiritual power existing within the world. Other ietsists will take a truly agnostic viewpoint – that the actual nature of God is totally unknown or unknowable.

Avatar's.. Soul 'Yugen'..a namesake of simply being..As for beliefs from various religions, because I dont follow or are infused by any religion nor belief system and are only lead by my own soul knowings and truths of my own experiences like many…Continue

You need to be a member of Atheistic Ietsists to add comments! 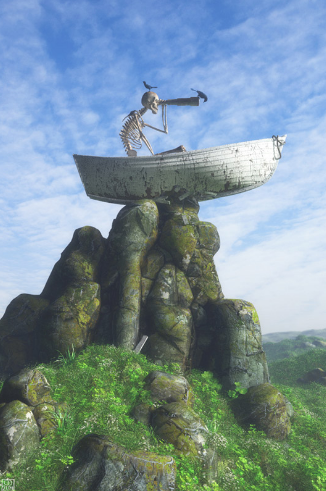 ...THE STARSEEDS MANIFESTO INVOCATION BY STEVE NOBEL...At this volatile time in the ascension process, I call upon Source Energy. I call upon my Higher Self, I Am Presence and Team in Spirit of the highest light and resonance to witness and activate this decree. I call on Archangel Michael and all angels working with Michael to be present during this decree. I call on…See More
6 hours ago
0 Comments 0 Likes

Ꮙℓἇ∂ἇ ኔጡ። replied to Ꮙℓἇ∂ἇ ኔጡ።'s discussion SLiDers:- Streetlamp Interference: A Modern-day Paranormal Mystery - are you one? in the group Galactics, Starseeds, Crystals, Star Travelers, Pleiadians and more
"I've had to wrap two electromagnetic silicon bands around my new cellphone in case I stuff it, I cant afford to keep buying cell phones that last only a few months & then bam they are gone. It seems to be working ok so far,but for how long…"
22 hours ago

Ꮙℓἇ∂ἇ ኔጡ። commented on Ꮙℓἇ∂ἇ ኔጡ።'s blog post Mike O"Donnell Waterman. The waters of Tarariki talking to a Nation..Part One
"Your welcome just hit the link to part two at the bottom to meet others from NZ on the same journey.."
22 hours ago

Kaldara replied to Ꮙℓἇ∂ἇ ኔጡ።'s discussion SLiDers:- Streetlamp Interference: A Modern-day Paranormal Mystery - are you one? in the group Galactics, Starseeds, Crystals, Star Travelers, Pleiadians and more
"I'm a slider myself and I must constantly watch my temper when around electronics.  I fried a television remote so it couldn't take batteries anymore, I've made things glitch up a lot.  And I blew a literal fuse when I was…"
yesterday

Tara Pelton commented on Ꮙℓἇ∂ἇ ኔጡ።'s blog post Mike O"Donnell Waterman. The waters of Tarariki talking to a Nation..Part One
"I can hardly wait to dive into this thank u"
yesterday

This is a group for us oddballs who...are Atheists...but who are 'spiritual' and deal in 'woo'...yet, we're not quite pagans either.The 'Atheistic Ietsist' label is one I came up with because ...well, it's simply the best that describes me and perhaps you're one too.This is not a group for Naturalistic Pagans - or Atheopagans that identify as such.  It is for those of us who are 'without gods/goddesses' [Atheist], but who deal in spirituality and have had spiritual experiences.Welcome to the…See More
Jun 11
2 Comments 1 Like

**Sequel Now out. 21st Century Revolutionary: https://www.youtube.com/watch?v=0Tih-Lfqt9Q**What a privilege it was to edit the words of one of the greatest m...
Jun 10
1 Comment 2 Likes