To all lurkers here and to all memebers, old and new:

We have now up and running private Discord server. Since chat here doesn't serve as well as it should and active members agreed on setting discord, we started one. Discord has advantage of good chat, unlimited storage for pictures and files (unlike paid ning) and audio/video chat.

Our server on Discord also includes channel with automated notifications of all activity on Elvenworld.

You know, it is funny, the awakenings slowly really happens the changes... slower then we would want, yet faster that we imagined.

We live in beautiful world, how is it possible that our lives are not so beautiful so often?

It is strange question. But asking questions is important, without them there are no answers.

When one idiot makes graffiti at Charles' bridge, it is big offense, but it offers great chance for powerful men to fight among each other for this task to remove it while getting a lot of money for themselves. And while their battle for this started, something unthinkable happened. After ten days the graffiti disappeared!

While the punk, who made it was bad, this one was looked for by police, for he could damage the bridge. This Vigilante turned himself in after few days and…

I had two interesting dreams last two nights I wish to share.

Yesterday I was in some house, looked like my grandparents' and I heard, finally after long time, voices, there was buzling when they were contacting me like they needed some technology to help them to, don't know, but only when I was at specific place I could hear the buzzing and them too.

They said: "If you wish to know if you're worthy of your powers(in meaning abilities) go there, (seen a vision of room) open an…

I feel like posting these weirdo dreams, actualy I'm quite curious, what tohers will think is happening. 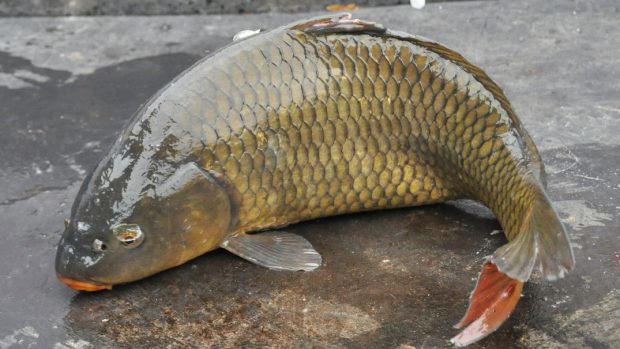 First was quite some time ago, but it might be all connected.

In this first dream I saw big carps in what looked like swimming pool. Carps had black skin and a lot of very tiny fishes…

Dawn of the New Year is here finaly and we all enter new circle of nature, time and ourselves as well.

The last day of the Year was amazing for introspection of what happened during last year and now it is all closed and we beggin anew, not knowing what is hidden ahead.

Paths should be much more clean and…

It is very interesting to me that multiple channels speak with one voice about our current time. Sure this could be a sociological effect . But it can also very well be a channel. Either way, I am intrigued. Because they all say that the sun is bringing in a very strong light which we, like plants, respond to by…

I've got into my hands quite usefull book named Energetic Vampyrism, (not translated to English yet, original is russian) and I've got more than I expected. Book publised this yar finaly really shows the situation and problem of our society.

Morell, You know what is the worst? Youare always able to justify your deeds.

This is lamment the dark one once said to me, explaining why it is difficoult to discuss my standing with me. Why I do what I do.

Some time ago I've read one of translations of the Emrald tablets. Although being texts of the light-based path, they contain real knowledge, at least some parts I can point out, are valuable for personal growing. My favourite is the thid tablet.

This is from it.

Wisdom is power and power is wisdom,
one with each…

Things are getting better

They are. I'm sure of it. Today I was dealing with the king of angels, their leader and authority. Wouldn't waste my time with him, but I had to. It ended with setting agels free from the old ways and from the one god and human slavers. Angels are no more part of any church. I feel strong changes in the spirituality after that. King of angels promissed to join the new age, that is comming, that angels are indeed going to help humanity.

When the king came to me, he looked old and…

1. Error of the true path

2. Error of helping out

3. Error of not listening

All three are happening to too many people and even the most gentle ones tend to do at least one of them. And I humbly admit that I did them too and I might be doing them still. But it is time to realise that.

1. Error of the true path

Do you believe that you're correct? That your spiritual path is…

Heheheh, just a joke, but these are meant for the unevarsal use between spiritualities on Earth.

1. "Universum" is level for united administration of entire planet. Life style is administrated on lower levels.

2. Exopolitics corporates with Universum, but it has no mandate for power.

3. Relationships on all levers are either internal and external. Internal create privacy. In privacy all is realised, which subject can do on its own. Existencial…

Tales from around the world

Run by both proffesionals and amateurs there are channels on youtube full of news and tales that are not known but should be for sure...

Not all have good transaltions, but most messages are clear enough.

In a way I sort of feel responsible for all things blowing up lately. I don’t just mean volcanos or political issues, although I do include them. I also include arrests and exposures of very serious crime. It is my essence to light the flame and so I cannot help it. My anger overflows, and like fire on the hillside, it can be something from which you may want to flee the area for awhile while I take down to the ground, the wicked, the cruel and unjust. I know the wicked…

Does it means "all men must die" or "Valar must die"?

I hated these words when I read them first, not just because I was searching info about the Valar, but there is something not good about this.

I agree that it is only play, only few secret words for Game of thrones, whisper for people in secrecy to recognise each other... but even then it is whispering about their intentions, it speaks about what they stand for.

So I did another update of the temple and this time it is satysfying and big.

Downloadable section is finaly working! And it is full of files. for both…

I was thinking... are people really so naive to believe that they can live without magic? Once they persuaded it out from their minds, they began to yearn for it.

We live in time of science, materialism and logic, hard technology and "rational" thinking. It seems that we are fine with it. Are we? Surely no. People should be satysfied with this all due to teachings of atheists and rationalists.

Any yet masses are comming to comicon, taking on masks, meeting with gods, (not just…

I may be wrong, but I guess that I won't be able to meditate until I gat this out of my head, so... what I think...

I should begin with the fact that eac web has it's unique energy. Facebook with all its groups is still one web. Difference between FB and EW is like difference between New york and vilage in the moutnains.

Spiritual chanelling of FB isn't evil by nature, nor was it designed so, but it is really like a loud city, where everything moves fast and one person…

I've been here long most probably. It seems so, or it is that I'm warrior and have to deal with this task.

The weird but true fact is, that I need engative energy fro my well being. To be specific I need to balance living and tasting of both postitive and negative energy in balanced mount, that fits me.

No, I hurt no one. I do not cause anyone to suffer for my pleasure. There is good resource for those like me. Mine is computer games. My PC is full of them and they are all…

Hey there's a lot of different views on fae being dangerous or good in certain situations some people offer caution in dealing with them and others speak good of them but not the dangers other fae pose. What do you all think have any of you experienced fae and elven civilizations and what's it like among the fae people's.
2 hours ago
0 Comments 0 Likes