I am a dove, i have been transferred to a poet
by a windo!!
And the theory of relativity not in the least was as a book
at the other window involved
shall i tell you the shortest and simplest and most meticulously cranky a story, every contravided
it is a treu story
To live long? he who eats any misery
and lives for the ruby and opal of german, a word that is Elend
the is no mor ebeautiful weapon then a claw
and there is no more beautiful velvet a word other then Elend then jealousy.
It as vile as unconsumed widows, who march in the purple suns for their darkness

It tramples upon the mortals, who were seeds, and the children, who were the crying needles into my eyes.
That to that injustice of mortality and children suffering.
To that injustice indeed
became at once a darkness and an uncaring sinning screetch
from a body that could not die
and a heart that shed only tears bleeding out in the under hell cold petrol darkness
that cold petrol darkness were the tears of his heart of cancer
that brought comfort upon those extrimities of pain in which death robes itself like the drought in which temporarily suffocating butterflies too adhere

i'm dreaming i'm dreaming i'm dreaming, of all leasure and luxury and MODERN architecture for sexualities ungratifieds sakes sake and tasty pastery and yeah LEARN TO DREAM NOW Ye of little ambitious wills?!!! TOO LATE, stupid Propagandh of cynicism telling THEM to dream well may it NOT be too late hahahaha. Living on dream you don't need SHIT especially not this modern one world out of billions of worlds, but society, but they keep on coming for it.

How can there be science nor art
When the proof of chaos would not upon a thunder veil a drum
Be marked in the nostrils and the ears and the heart of reality?
How could you understand it?
If you not were it?

And now, from top to bottom, delight in my horrbly faint manners
And the future is absolute, insane
And by the past our Christ and our Lautreamont we grown
absolutely insane
oceans, and threw a porcelain sword to the Abyss of the Moon
and he was thought to be insane?
and it is he who threw a paper plane over an Ocean
Those who can not sit in a thousand ways
To which only one way to sit was shown
i am only limited by reality
but little does reality not allow me, when it even stole the scientific plausability of my mind
compared to a person who has a mother
i am disabled
And insanity created the future, and is in balance with the future
The future it is on the contrary
Madness only liberated that which was already insane
And would in liberty not lie a cruel eye if reality set you more free from its ordinary ways
Would not if reality was at all by chance, it given him any other teeth but ivory teeth?
So how does he have ivory Teeth?
I slept and i gained time?!!
And how is it not given that reality is an illusion if it just gave me a line which was all that i needed.
With the simplest joys the immortal as their second await the eons ahead.
their existence mere a diamond in its possibilities with which it was written on a velvet scroll.

Was a Vampire, for that he Stole heaven as his was more beautiful, alone with the clouds in a reign where everyone was already dancing?

Reality is so much a stone if you did n't die you never could, if you did n't sink in the dark cold petrol embrace mysts carnivorous of perception and sink in Aeris then it perpetually held you in Balance. And the light nor the dark wanted me?!

Guilt is the ocean of misery, which is entirely pricked like a balloon and ironic.

Could we at once see within ourselves, and admire endless complexity.
And also that we are panthers or vampires?
To those who mock an infinaty beauty, and a compassion for which the universe even presents its most beautiful miracles, subtle with all its strength for that.
I mock thee Mortal.

And they think they are mindlessly self indulgent, well i know a thing or two about mindless self induglence and its not it.

Well I had one lick of ivory more volume on this song. If i only knew, its seeping through the window into the sky and the cracks in the floor to upstairs

They were perpetually more innocent then us, poor poor past, that you did know such guilt!

Guilt of dreads opaline that diamonds eye for which one soon dare sin more, is it would be evils smirk

And they were infinatly less amused. So funny a crystal up a virgins but laughter embedded in religion, how sinister 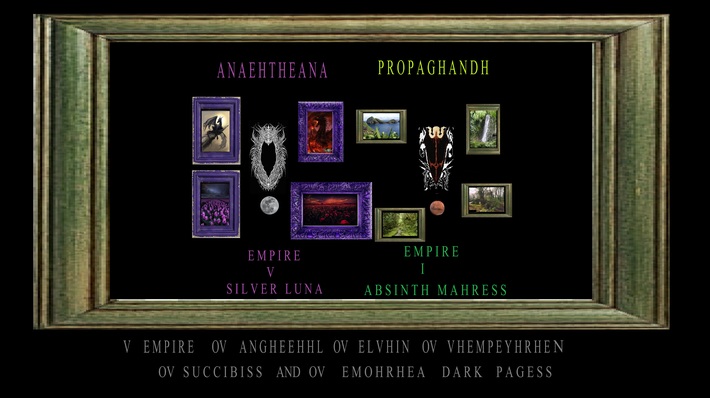 This is a group for us oddballs who...are Atheists...but who are 'spiritual' and deal in 'woo'...yet, we're not quite pagans either.The 'Atheistic Ietsist' label is one I came up with because ...well, it's simply the best that describes me and perhaps you're one too.This is not a group for Naturalistic Pagans - or Atheopagans that identify as such.  It is for those of us who are 'without gods/goddesses' [Atheist], but who deal in spirituality and have had spiritual experiences.Welcome to the…See More
Friday
2 Comments 1 Like

**Sequel Now out. 21st Century Revolutionary: https://www.youtube.com/watch?v=0Tih-Lfqt9Q**What a privilege it was to edit the words of one of the greatest m...
Thursday
1 Comment 2 Likes

"That aint no Lemurian that I assure you,its way too harsh in its tone & its frequency & Morell you sensed it too..well done...her frequency is more on line with the Arcturian - Bo tes Constellation language,its harsh and rolls on…"
Thursday

"It's funny, but it really looks and sounds similar."
Jun 9

"She reminds me of Lilu from The Fifth Element."
Jun 9